Co.Ro. Jewels > CoroMag > Pier Luigi Nervi’s Palazzetto dello Sport of Rome: In Between the Dolce Vita and the Olympic Games

Pier Luigi Nervi’s Palazzetto dello Sport of Rome: In Between the Dolce Vita and the Olympic Games

Pier Luigi Nervi’s Palazzetto dello Sport of Rome: In Between the Dolce Vita and the Olympic Games 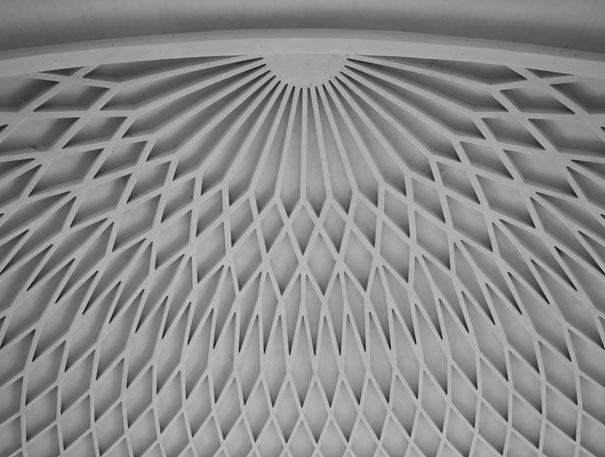 A Visionary and Brilliant Opus Away in The Flaminio District: the Palazzetto dello Sport

The cupola-dotted skyline of Rome is something definitely breathtaking.

From the several belvederes, the eternal city has to offer – like Pincio, Giardino degli Aranci, the Gianicolo – you can enjoy a sunny day while admiring the Pantheon, San Pietro, and Sant’Andrea della Valle’s cupolas.

But there’s one in particular which is very important to us tucked away from the Flaminio district between the more famous Zaha Hadid’s MAXXI museum and Renzo Piano’s Auditorium which is disgracefully left semi-abandoned: the Palazzetto dello Sport (Little Sports Palace) signed by the architect Annibale Vitellozzi with the engineer Pier Luigi Nervi.

A visionary and brilliant opus indeed, which inspired the dome architecture, spread all around the world afterward. And our special series of earrings and rings, of course! Which we see as our personal way of drawing the attention to sadly semi-abandoned architectural masterpieces in Rome.

In between the fascinating sports matches from the Olympic Games of Rome in the 1960s and the glamorous vibes straight from Fellini’s Dolce Vita, the catholic bigotry and the exciting beginning of the sexual liberation lays our Rome suspended over an endless contradiction.

And Vitellozzi and Nervi’s Palazzetto dello Sport is almost enjoying a similar contradiction in terms itself, as it is a project fluctuating between a rigorous formal study and an enveloping aesthetic. All of this, by succeeding in complying with the buyers’ demands while optimizing timing and costs efficiently.

Designed and built by the end of the 1950s, the Palazzetto dello Sport was meant to be a sporting palace economic prototype to be proposed in different cities. As in those years, Nervi designed with Piacentini the Palazzo dello Sport of the EUR, to deepen his relationship with sporting architecture was consequential.

And this very theme – ‘Pier Luigi Nervi and the Architecture of the Sports’ – has been investigated through 100 pics exhibited at the MAXXI museum of Rome and curated by Micaela Antonucci, Annalisa Trentin and Thomas Trombetta back in 2016. Super interesting! 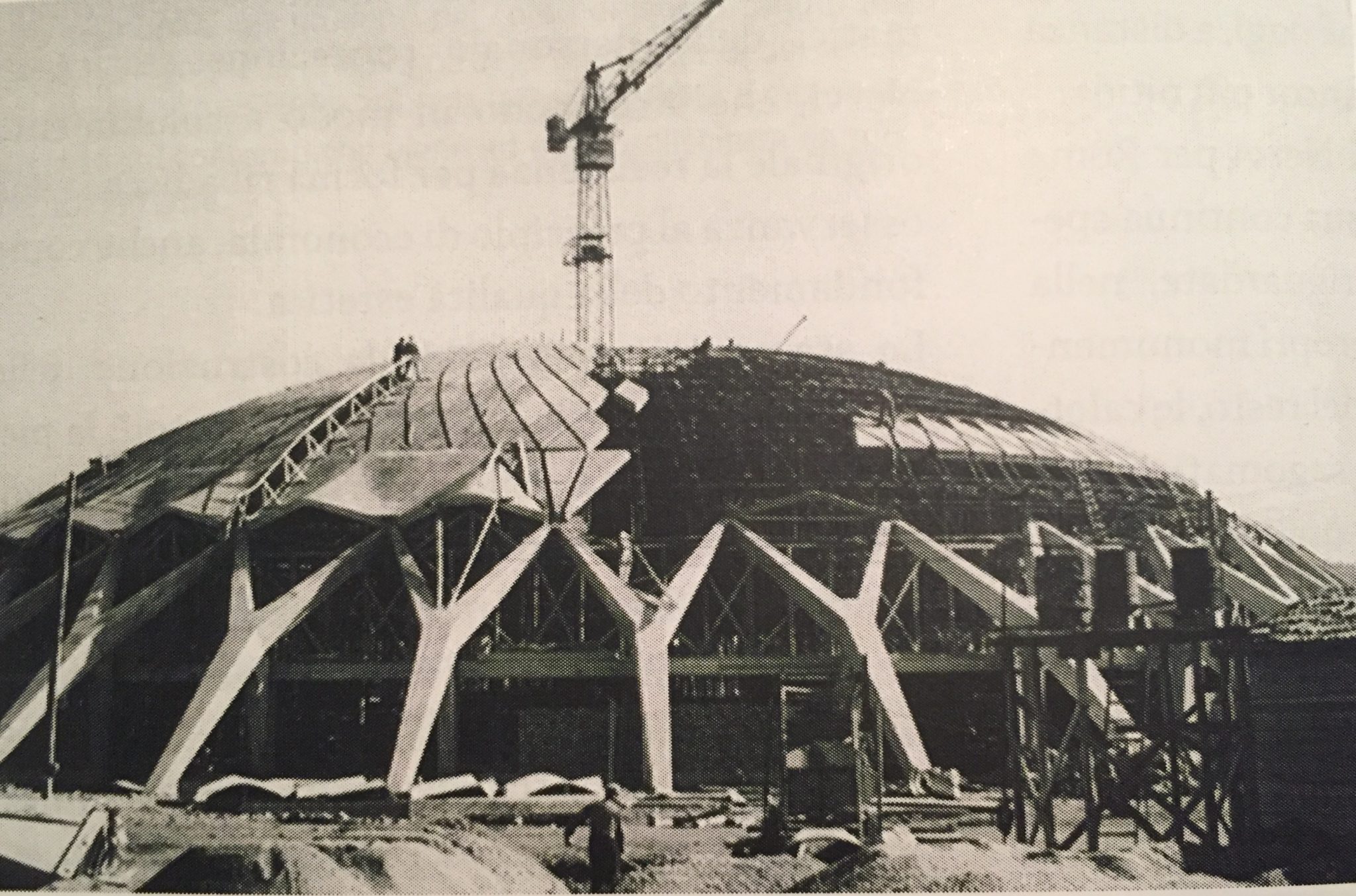 The ‘Nervi System’: a New Way of Conceiving Architecture

First practical application of the ‘Nervi System’ – an original cluster of innovative techniques and materials redefining a new, economic and scalable way of building –, the Palazzetto dello Sport definitely broke the formal rationalist paradigm and rules. As a symbol of the rebirth of an area formerly abandoned and example of never-ending experimentation, this building called into question the old building methods by proposing a new way of conceiving architecture, basically. 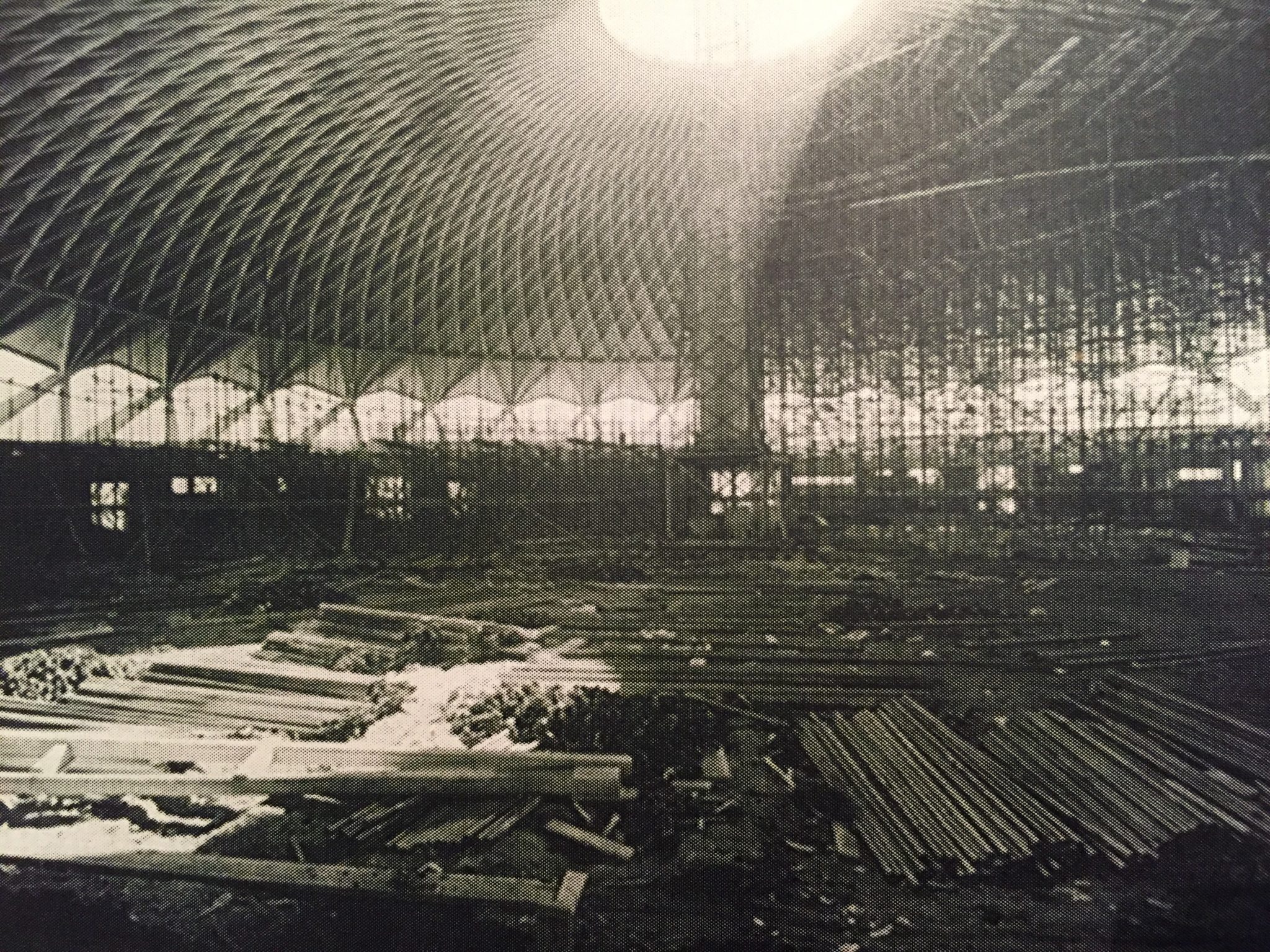 Discovering the Hidden Architectural Treasure in the Flaminio District

This elegant concrete dome recalls vaguely the shell coverage of the Market of Algeciras, designed by Eduardo Torroja in 1933. Quoting the famous critics Bruno Zevi, it also recalls an ‘enormous jellyfish’ because of its wavy shell made up by 1620 lozenge-shaped and iron cement made prefabricated elements and by 36 Y-shaped tentacles positioned around the plant perimeter.

But what it still amazes us is the perfect contrast between the smoothness of the outside and the embroidered inside.

An unquestionable theatricality which made the perfect setting for ‘La Grande Olimpiade’: a documentary film – nominated for an Academy Award in 1962 – dedicated to the 1960s Roman Olympic Games. Such a neverending source of inspiration! 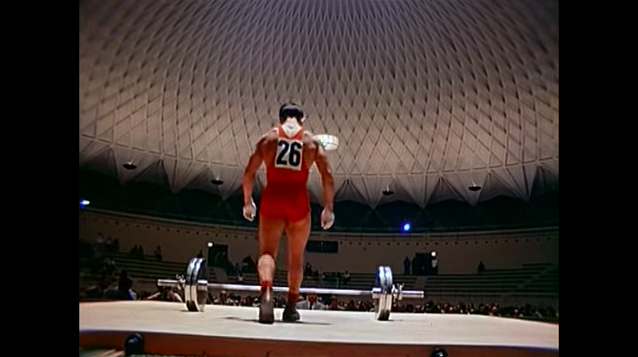 If you happen to enjoy a stroll in the Flaminio District during a sunkissed-day, have a look at this masterpiece!

Don’t miss our stories (and offers): sign up now to our newsletter!

The Gasometer of the Ostiense District: A Jewel of Industrial Archeology in Rome

Our new ring inspired by the Pantheon of Rome

× How can I help you?
We use cookies to improve our site and your shopping experience. By continuing to browse our site you accept our cookie policy. Find out more